Many of Sir Grout's franchise locations receive recognition for consistent excellence in the hard surface restoration industry by earning the Angie's List Super Service Award!
1.15k
Facebook Twitter LinkedIn Google+ Pinterest WhatsApp Email Copy link Your browser does not support automatic copying, please select and copy the link in the text box, then paste it where you need it. 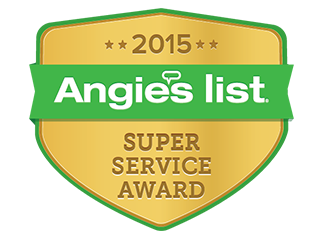 Atlanta, GA - (PRWEB  01/28/2016 9:00 AM EST) - Sir Grout, the leading hard surface restoration, tile and grout cleaning and sealing company, is proud to announce that many of their franchises have received the Super Service Award from Angie's List for their superior levels of customer service. The hard surface restoration franchises received customer recognition through positive reviews and testimonials, as well as evaluations from nationally recognized service review company, Angie's List.

"Only about 5 percent of the hard surface restoration companies in each location, have performed so consistently well enough to earn our Super Service Award," said Angie's List Founder Angie Hicks. "It's a really high standard."

Angie's List Super Service Award 2015 winners have met strict eligibility requirements. These requirements include an "A" rating in overall grade, recent grade, and review period grade. The company must be in good standing with Angie's List, pass a background check and abide by Angie's List operational guidelines. This placed each branches of Sir Grout in the top fifth percentile of service providing companies for their location registered on Angie's List. Receiving the award is influenced by testimonials and ratings provided by Sir Grout clients. It only takes one bad rating to do damage to a company's reputation and prohibit it from Super Service Award eligibility. Repeatedly earning this award is a sign of impeccable service by Sir Grout, and demonstrates the company to be well-respected by its clientele.

Service company ratings are updated daily on Angie's List. Companies are graded on an A through F scale in areas ranging from price to professionalism to punctuality.

"We are extremely proud that our hard surface restoration company is able to provide such a high level of service throughout many regions of the United States," stated Jeff Miller, owner of Sir Grout, LLC. "Customer service is what we've focused on from day one  and to see so many of our branches be recognized, some of them for five years in a row, lets us know that we are truly succeeding at providing a top level hard surface restoration service."

In addition to winning the Super Service Award for five consecutive years, Sir Grout has also attained many other honors. Most recently, various Sir Grout franchises became TrustDale Certified by investigative reporter Dale Cardwell. This was yet another recognition for superior customer service and the willingness to guarantee high quality service for every customer.

To schedule free consultation with the hard surface restoration team at Sir Grout, visit them online at www.SirGrout.com or call (866) 476-8863.

1.15k
Facebook Twitter LinkedIn Google+ Pinterest WhatsApp Email Copy link Your browser does not support automatic copying, please select and copy the link in the text box, then paste it where you need it. 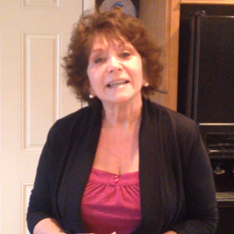